A detailed page about births and conceptions in Surrey is available here.

The Office for National Statistics collects the official records of births and deaths and estimates the annual numbers of migration to calculate the components of population change. The migration data is based on estimates and so care should be taken, particularly when viewing international migration counts. 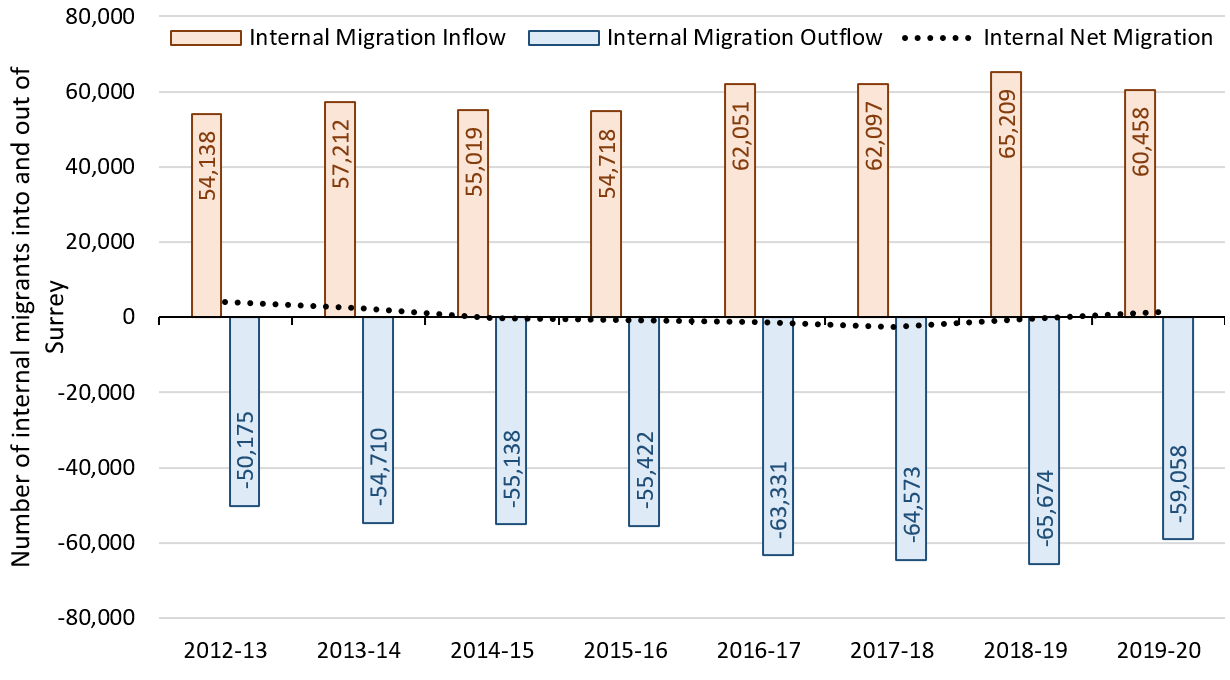 The international migration figures are estimates rather than actual counts. Nonetheless, it appears that the estimated numbers of international migrants into Surrey have been relatively stable apart from a brief decline in 2016/17. There has been an estimated increase in the number of Surrey residents migrating internationally (outflow) in 2019/20. 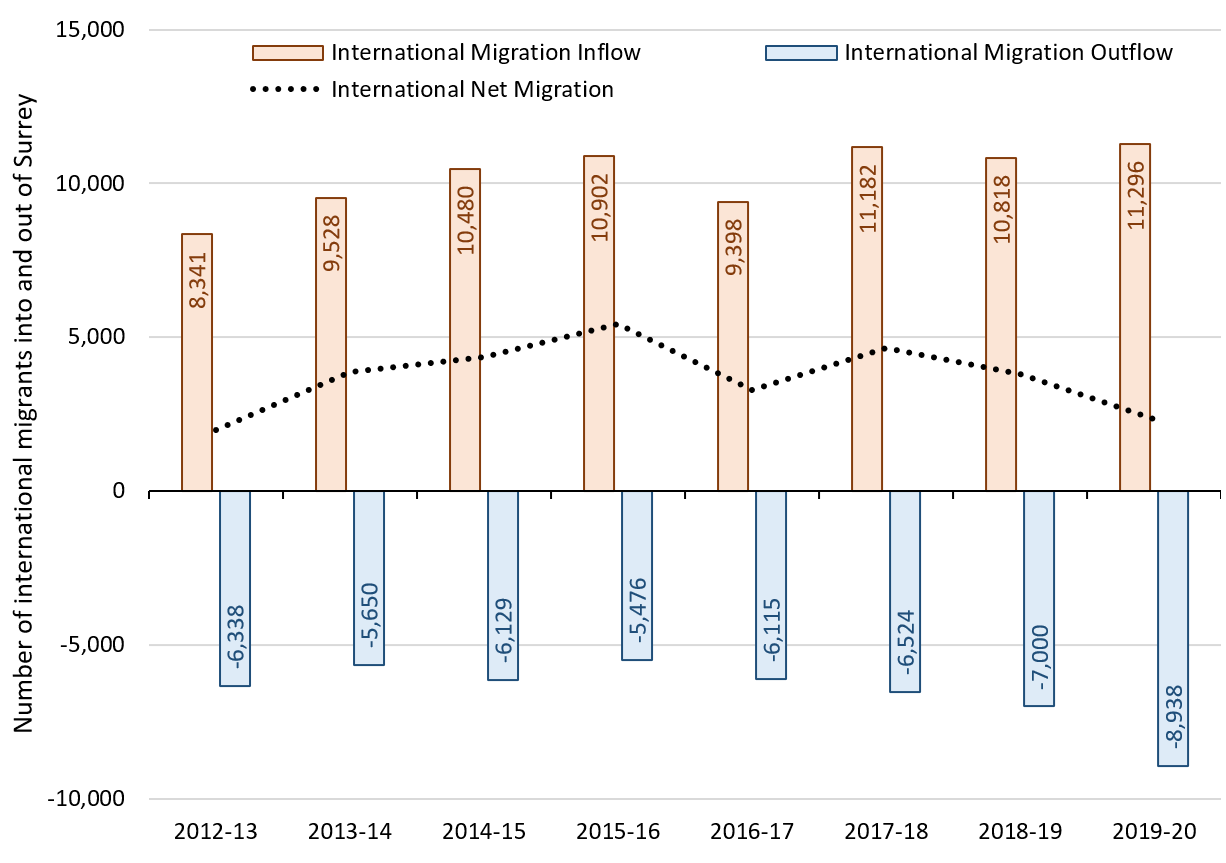