Number of Dwellings by Tenure and district

Created 4 years ago, updated 2 years ago

Local Authority and other public sector stock were reported by local authorities in the Local Authority Housing Statistics return as at 1 April and include non-permanent dwellings. Some authorities have indicated that the data reported for other public sector stock may be based on partial information and so reductions in these data items may reflect lower data quality rather than real changes.

Private Registered Provider here refers to registered providers of social housing (previously known as Housing Associatons or Registered Social Landlords). These figures include all self-contained units and bedspaces as at 31 March, as collected in the Homes and Communities Agency's Statistical Data Return.

Total stock figures use the census 2011 as a baseline, with information on subsequent changes to the dwelling stock collected annually as at 31 March through the Housing Flows Reconciliation form and 'joint returns' from the Greater London Authority.

Private stock is calculated by the residual.

The Office for National Statistics has recommended that the most suitable method for producing estimates of total dwelling stock at the national and regional levels is to use the census count as a baseline and project this forward using information on annual net supply of housing. The ONS also recommends that, to maintain consistency, the same methodology should be used to produce estimates at the district level.

Figures for the total dwelling stock and private sector are estimates and are therefore expressed to the nearest ten dwellings at district level and thousand dwellings at the England level because they should not be considered as accurate to the nearest dwelling.

For years 2010 and 2011, figures in columns 'Private Sector' and 'Total' have been revised because annual estimates of the total dwelling stock between 2002 and 2011 have been adjusted since the 2011 census dwelling count became available.

Tenure breakdown is not available for years prior 2010 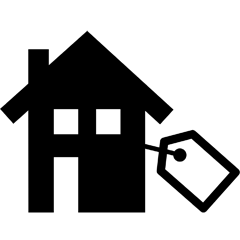