This page includes explorable data and a summary of the ONS population projections from 2018 to 2043.

An interactive version of the figure below is available here and presents the predicted age profiles for each of the local authorities in Surrey for every year until 2043. 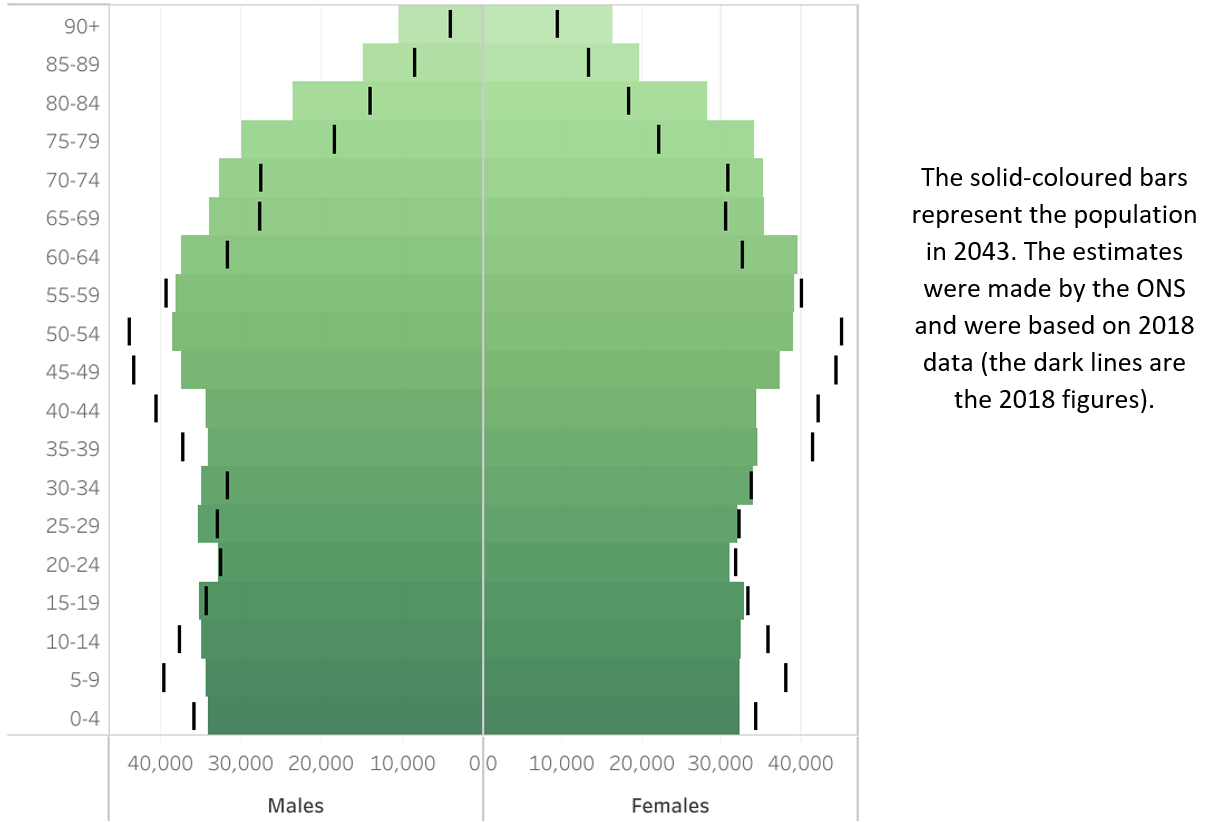