This page includes the underlying data and a summary of the ONS population estimates by age and sex.

Surrey has a slightly older population than England with an average (median) age of 42.3 compared to 40.2. Guildford and Runnymede have the lowest average ages at around 37, while Mole Valley has an average age of over 47. An interactive version on the figure below is available for each local authority in Surrey here. The age distribution in Surrey for 2020 shows that there are larger numbers of residents between the ages of 40 to 59 compared to those aged 20 to 34.

The age distribution of the 2020 Surrey population 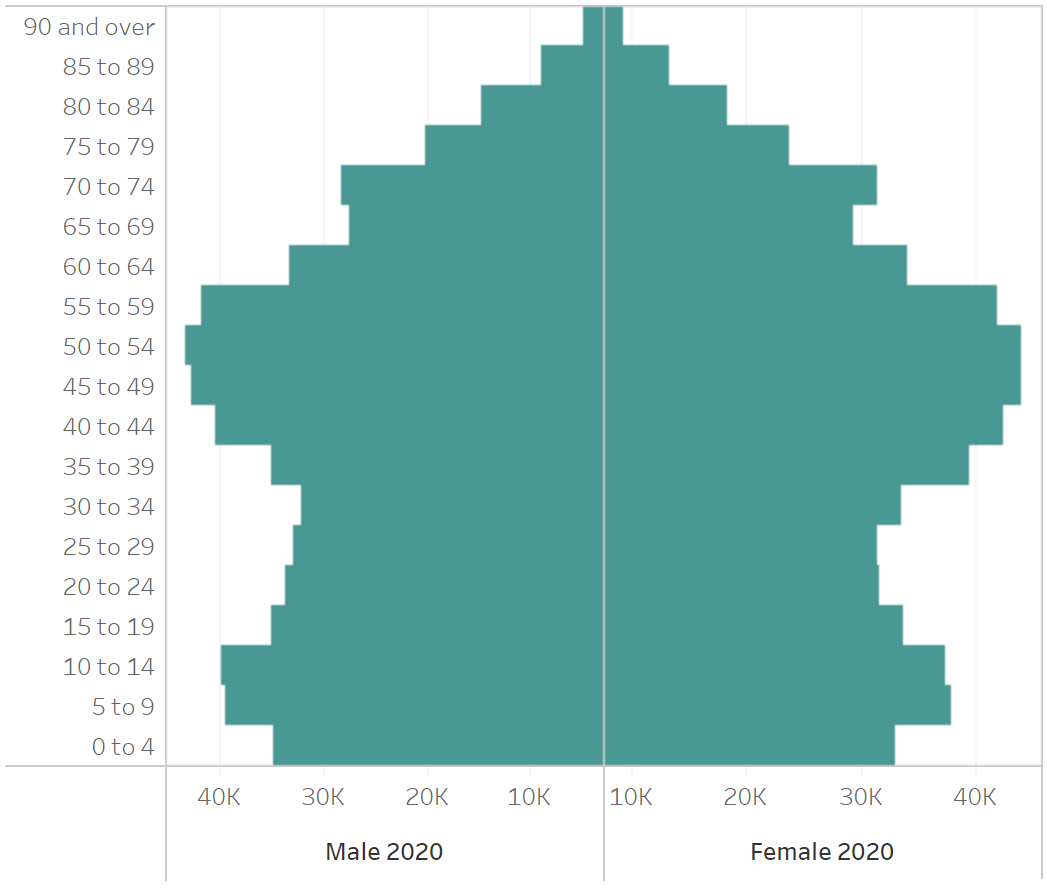 This summary will present just some of these maps.

Although Guildford has one of the overall lowest proportions of the population under the age of 18 at 20%, there are wards which have relatively high young persons such as Burpham having 26% of residents under-18. 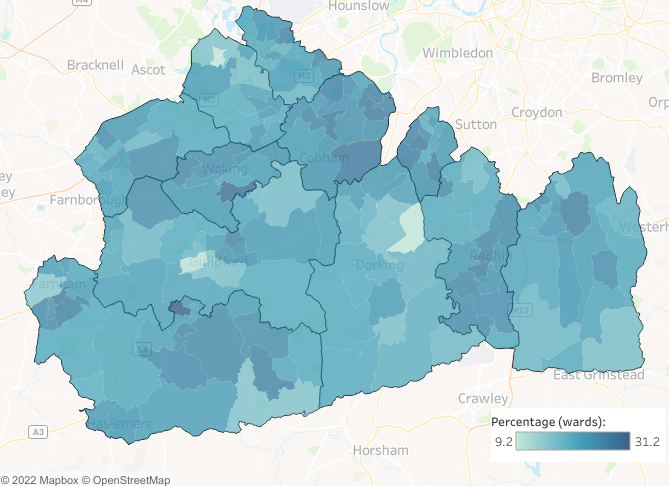 Englefield Green East in Runnymede and Onslow in Guildford have the highest proportions of the population at working age (18-64) at over 82%. 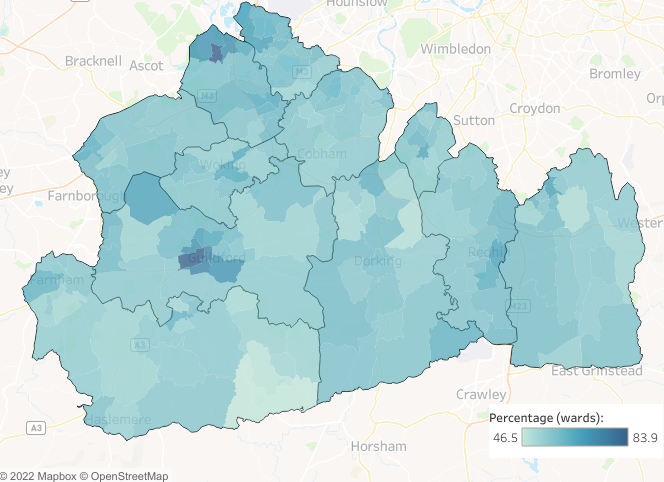 The percentage of residents aged 85 and over in Surrey local authorities, 2020 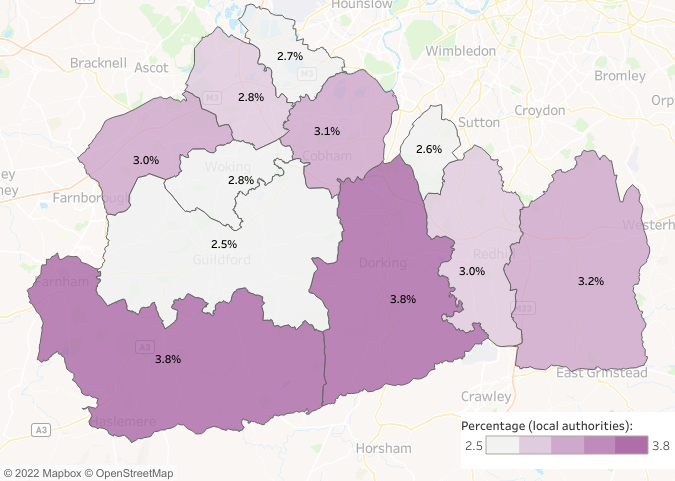