Low Income and Unemployment in Surrey

A summary which focuses on child poverty and disadvantage in Surrey can be found on Surrey-I here.

A summary of pensioners in poverty in Surrey can be found on Surrey-i here.

A summary on fuel poverty in Surrey can be found on Surrey-i here.

LA summaries are linked below as word documents.

In November 2021, 58,255 Surrey residents were claiming Universal Credit. The number of claimants in Surrey declined by 0.06 per cent (3,414 people) between November 2020 and 2021. However, the total number of claimants in Surrey was 22,449 in February 2020; therefore, the October 2021 claimant totals are still more than double the pre-pandemic levels.

The number of Surrey residents on Universal Credit by duration length 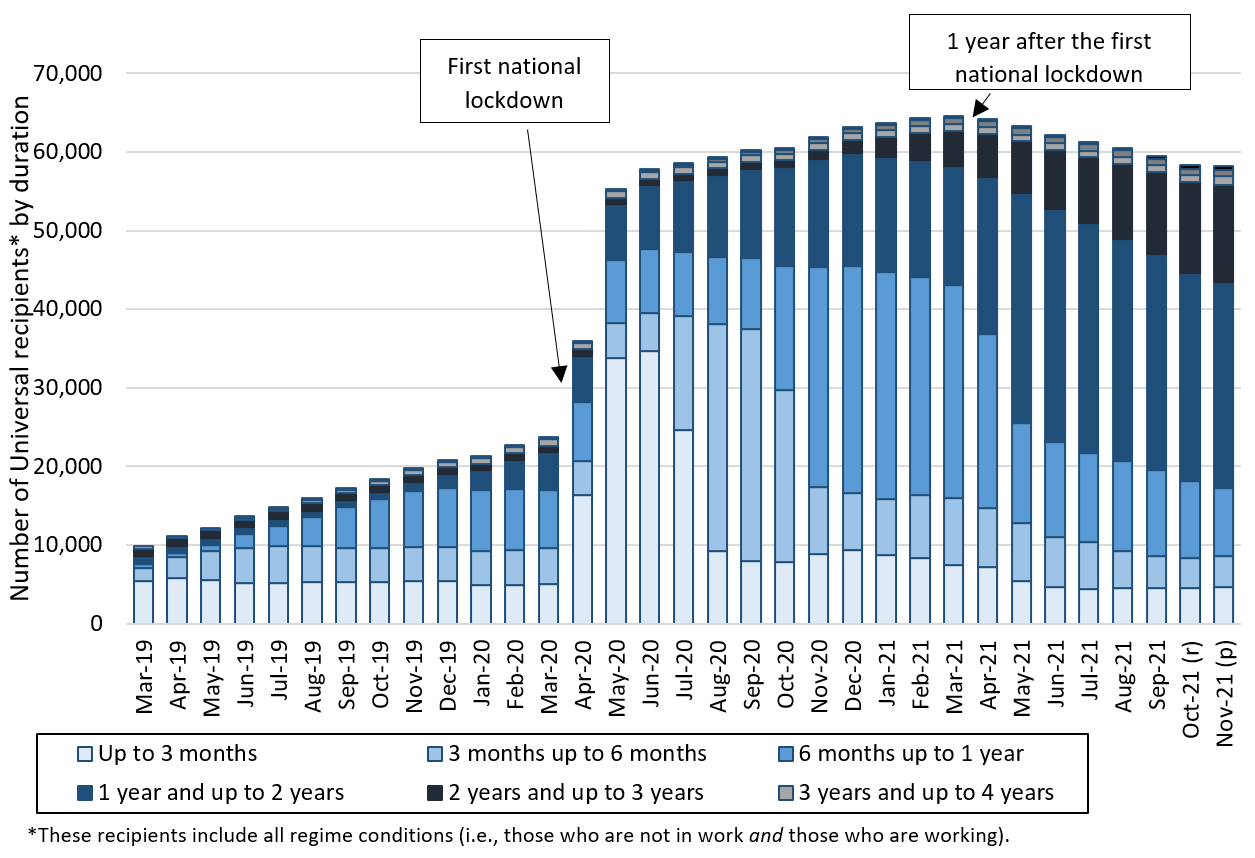 Universal Credit has six conditionality regimes. Around one in three (30%) Universal Credit recipients in Surrey were registered as ‘searching for work’ in November 2021. This represents 9,979 men and 7,640 women. Working residents on Universal Credit made up 43 per cent of recipients (25,021). Of these working individuals, 9,128 were ‘working with requirements’, meaning they are in work but could earn more or that they are not working but have a partner with earnings.

The numbers of Surrey residents on Universal Credit by conditionality regime and sex, November 2021

The number of Surrey households on Universal Credit by family type, August 2021 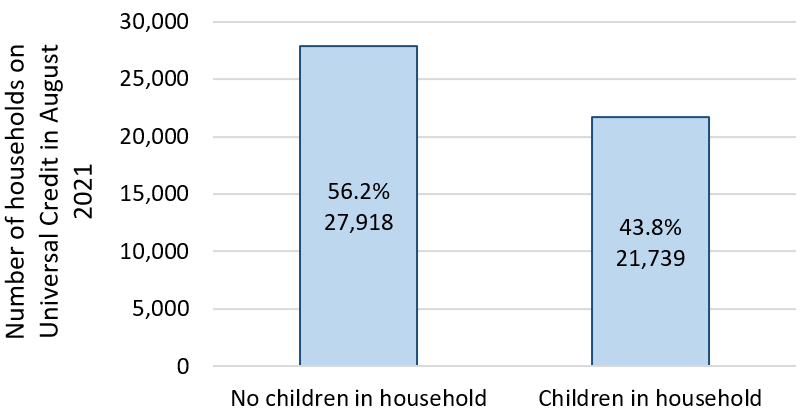 The Alternative Claimant Count represents the total persons claiming unemployment related benefits. This measure is the replacement of the traditional Claimant Count as it collates the number of people in receipt of Jobseekers Allowance and/or Universal Credit (under the searching for work conditionality). In August 2021, 22,127 Surrey residents were in receipt of an unemployment benefit, a 4 per cent reduction from July 2021. The total number of residents on an unemployment benefit remains, however, two times higher than the pre-pandemic level.

The number of Jobseekers Allowance claimants in Surrey by duration length

Department for Work and Pensions (DWP) via Stat-XPlore

The Alternative Claimant Count estimates those who are unemployed. This measure has replaced the Claimant Count as it also includes those on Universal Credit under the 'searching for work' regime.

Recipients of Universal Credit by duration of claim - Surrey-i.xlsx  (120.01 kB)

The number of claimants with missing ethnicity information has increased since May 2020 (pre-2020 it was around 5% and post-2020 it is at least 30%). Therefore, caution is needed when interpreting the more recent figures as there is a large amount of missing data.