Child Poverty and Disadvantage in Surrey

A summary of low income and unemployment in Surrey which is not focused on children can be found on Surrey-i here.

(LA summaries are below)

The latest estimate for the number of Surrey children in absolute low-income families is 20,876 for 2019/20. These figures do not include the pandemic. Absolute low-income is defined as families with equivalised income which is less than 60 per cent of the median income adjusted for inflation; it considers income from earnings, state support and pensions before housing costs. Most of the Surrey children in low-income families, three in four, are from families with at least one working adult (15,714). The number of households with children on Universal Credit in Surrey 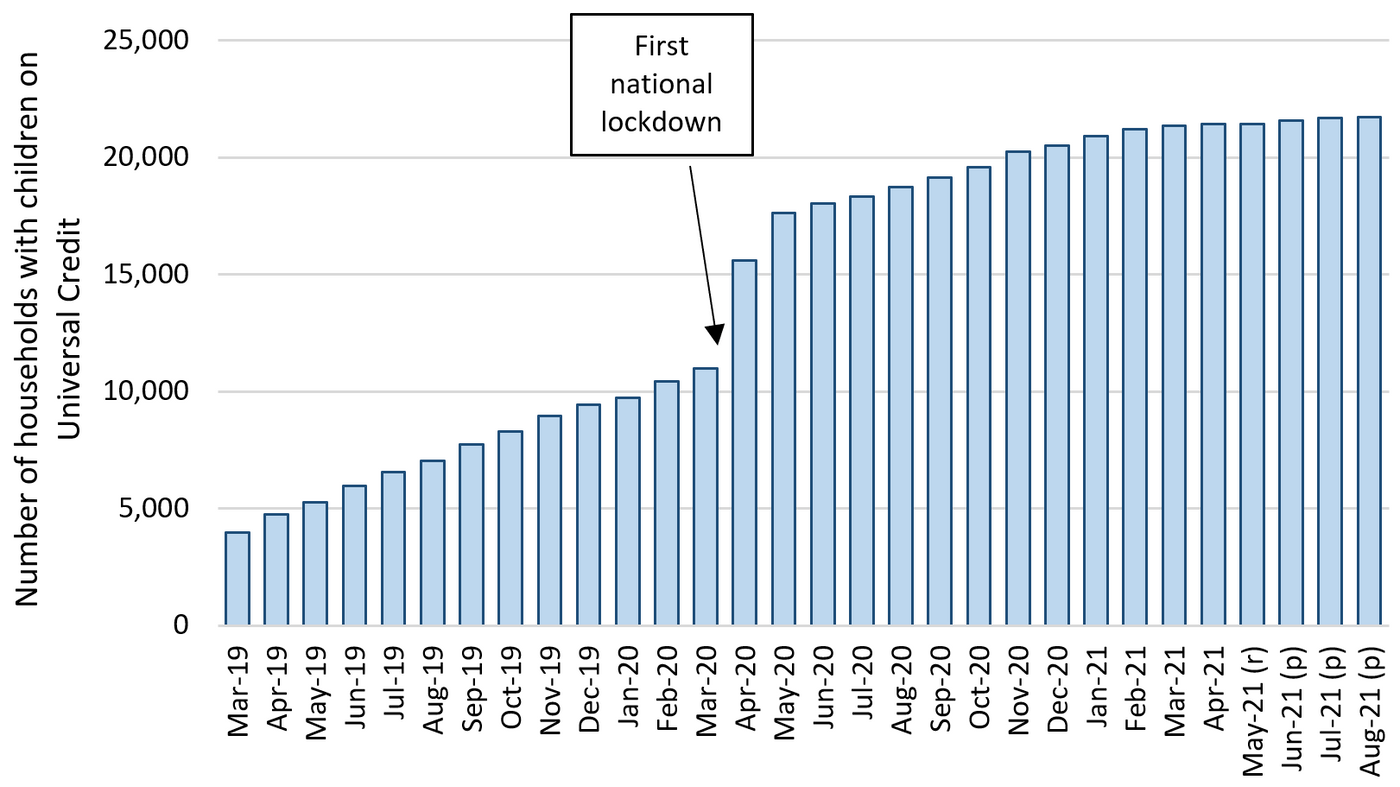 Free School Meals statistics are collected annually for state-funded schools (including academies) but do not represent every pupil in Surrey as around 20 per cent are in independent schools.

The percentage of state-funded primary and secondary school pupils in Surrey has been increasing since 2017/18. 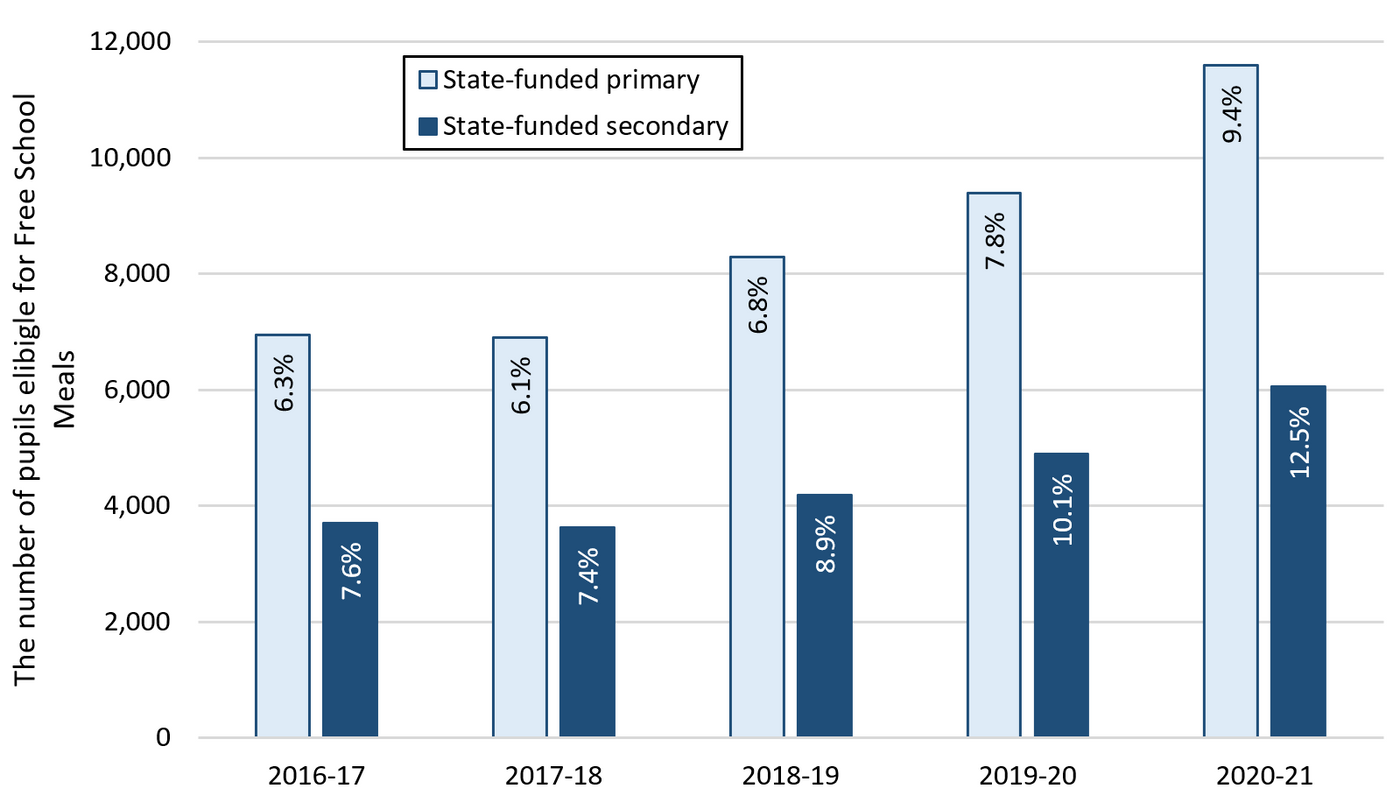