Number of schools and pupils by type of school

This page includes data and a summary of pupil and school numbers by the characteristics of pupils and types of schools.

This data is largely collected through the School Census and the methodology is detailed here. The next data update should be in June/July 2023. 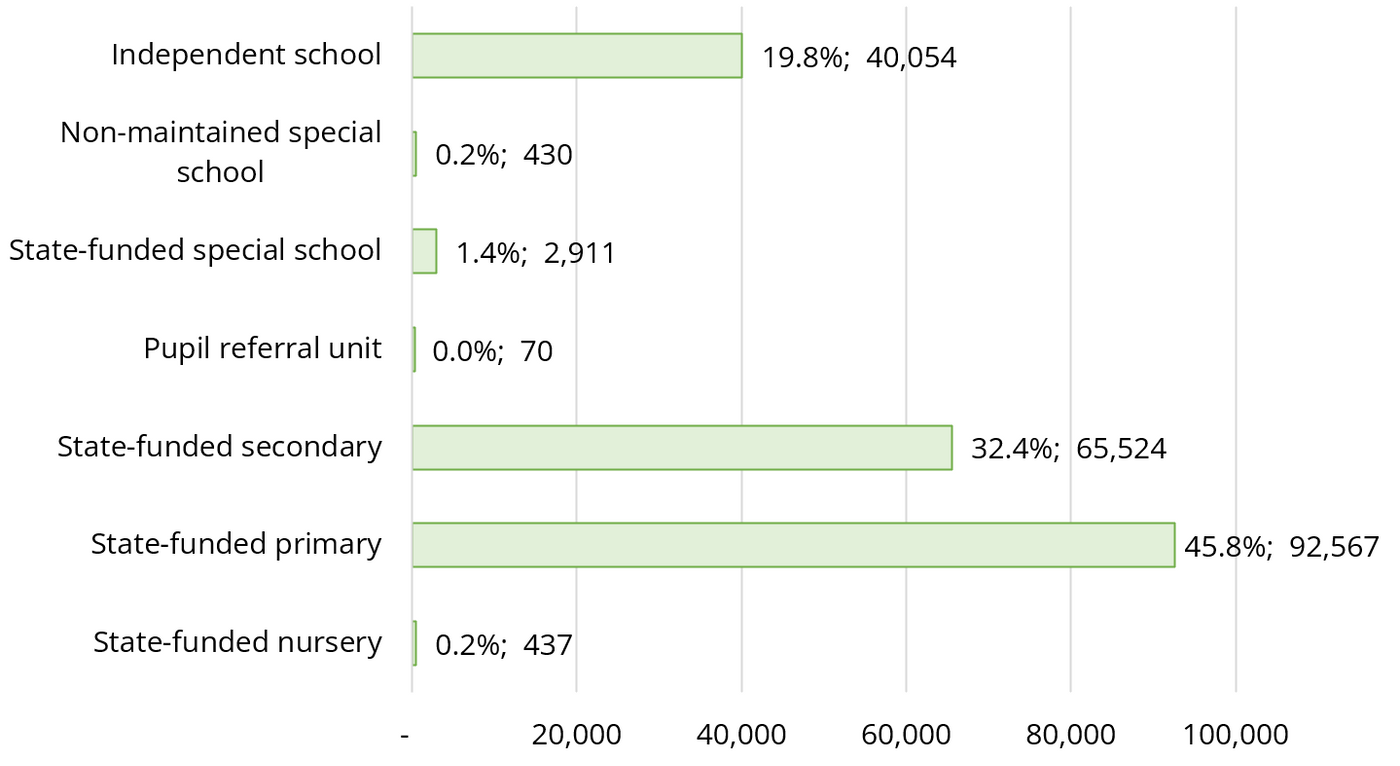 Pupil numbers in independent schools are not broken down by whether they are primary or secondary schools.

Academies receive their funding from central government rather than a local authority and are run by an academy trust. Both academy and local authority-maintained schools are considered ‘state-funded’ schools. 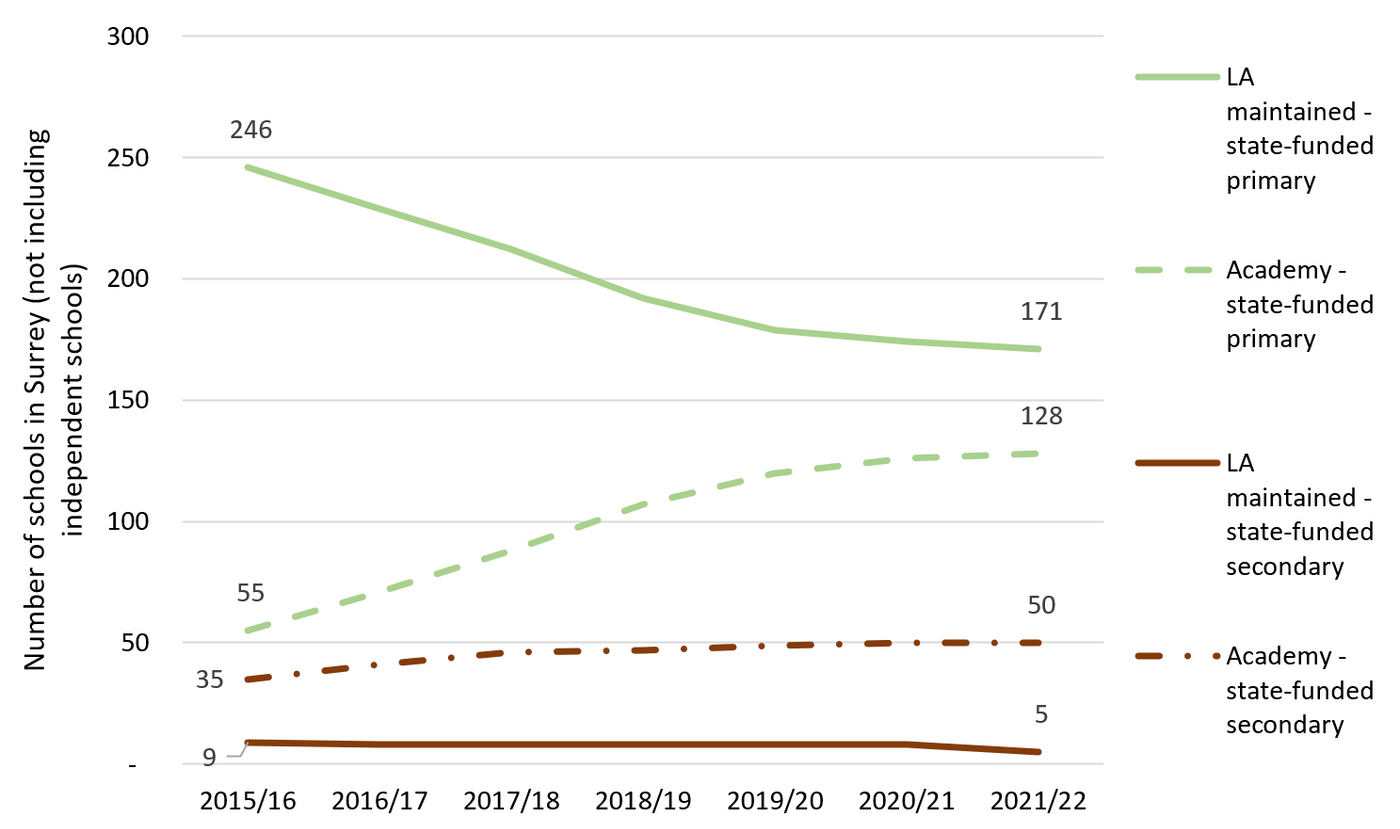 In Surrey, around 70 per cent of the pupils at state-funded schools are registered as White British (112,701 pupils) in 2021/22. The second largest ethnic group in Surrey schools are those who are White but are not British, made up by 287 Traveller of Irish heritage pupils, 700 Irish pupils, 834 Gypsy/Roma pupils, and 13,298 White pupils who are not White British, Gypsy/Roma, or Travellers of Irish heritage. Just over 5 per cent of pupils are South Asian, with 3,916 pupils registered as Indian, 3,526 pupils as Pakistani, and 962 as Bangladeshi in 2021/22. Around 2 per cent of pupils are Black, of which, 2,510 pupils are registered as Black African and 450 as Black Caribbean. Pupils of mixed ethnicity represent the third largest ethnic group overall. Of the 7.3 per cent of pupils who are of a mixed ethnicity, 1,596 are White and Black African, 1,913 are White and Black Caribbean, and 4,042 pupils are White and Asian.

The number of pupils in state-funded schools in Surrey by ethnicity, 2021/22 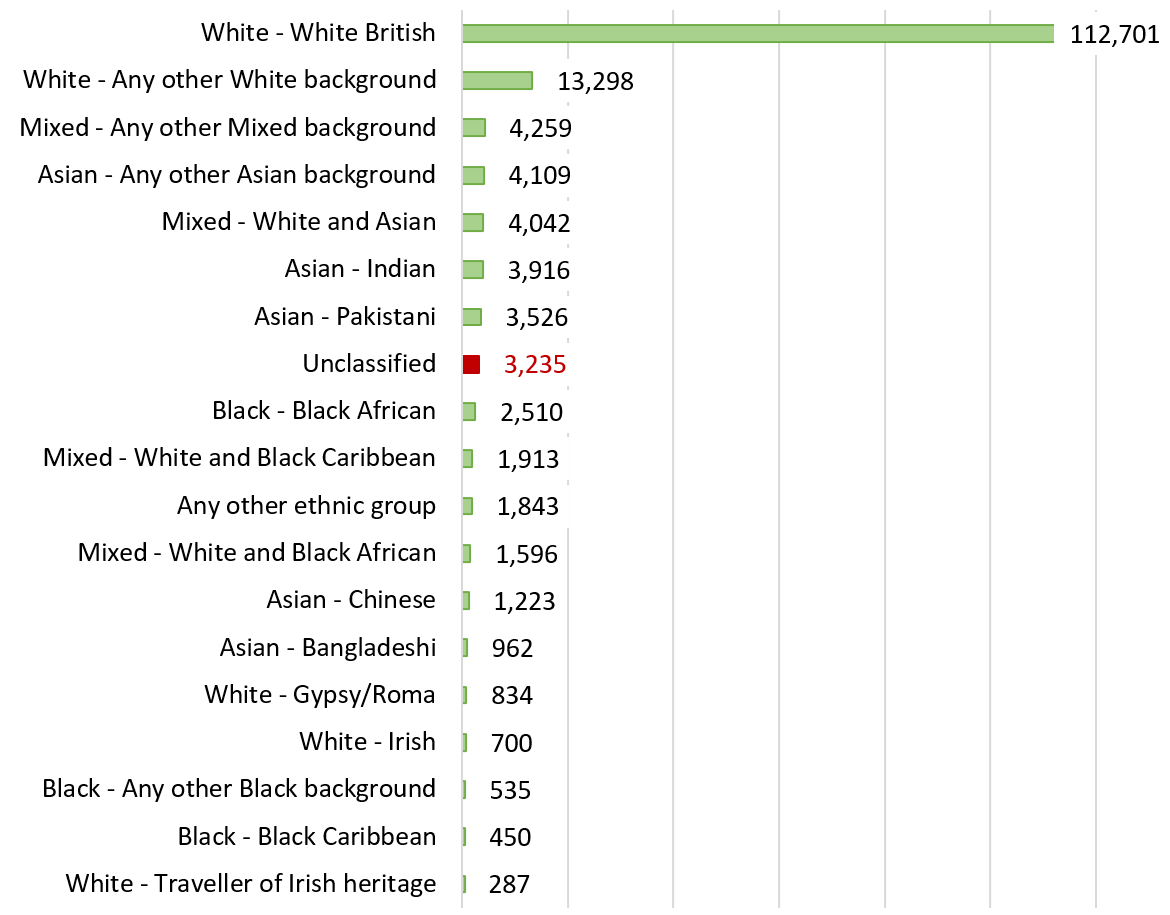 The number of pupils in state-funded schools in Surrey by first language, 2021/22 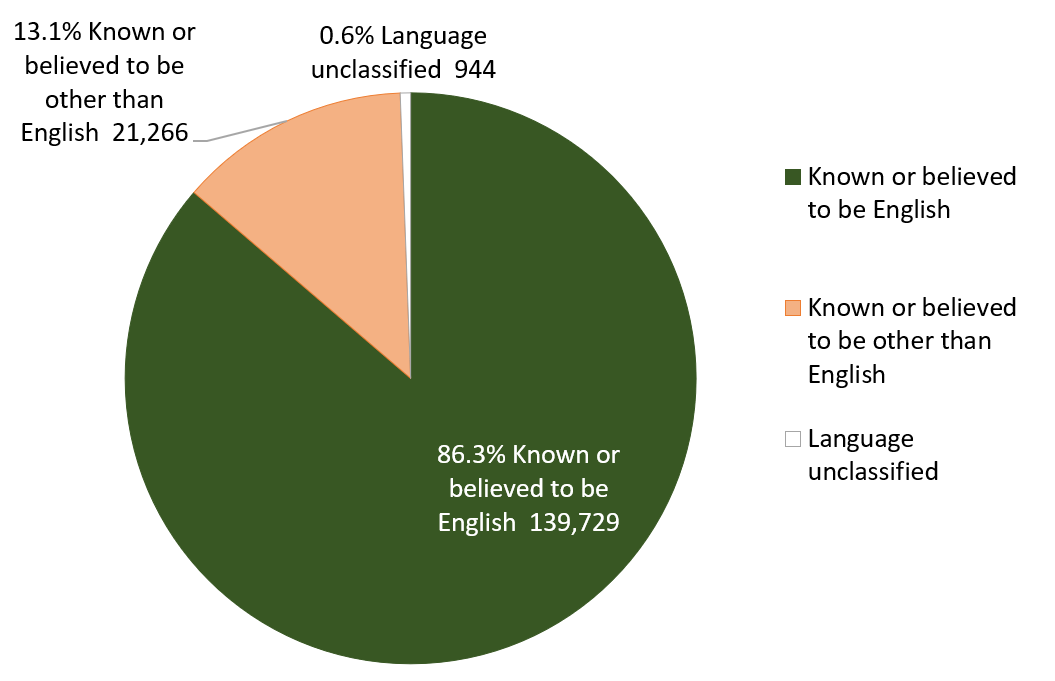 Link to the page containing - 'Pupils in state-funded schools eligible for Free School Meals (FSM) by school type' - 2016-17 to 2021-22
www.surreyi.gov.uk/dataset/2nddx/child-poverty-and-disadvantage-in-surrey